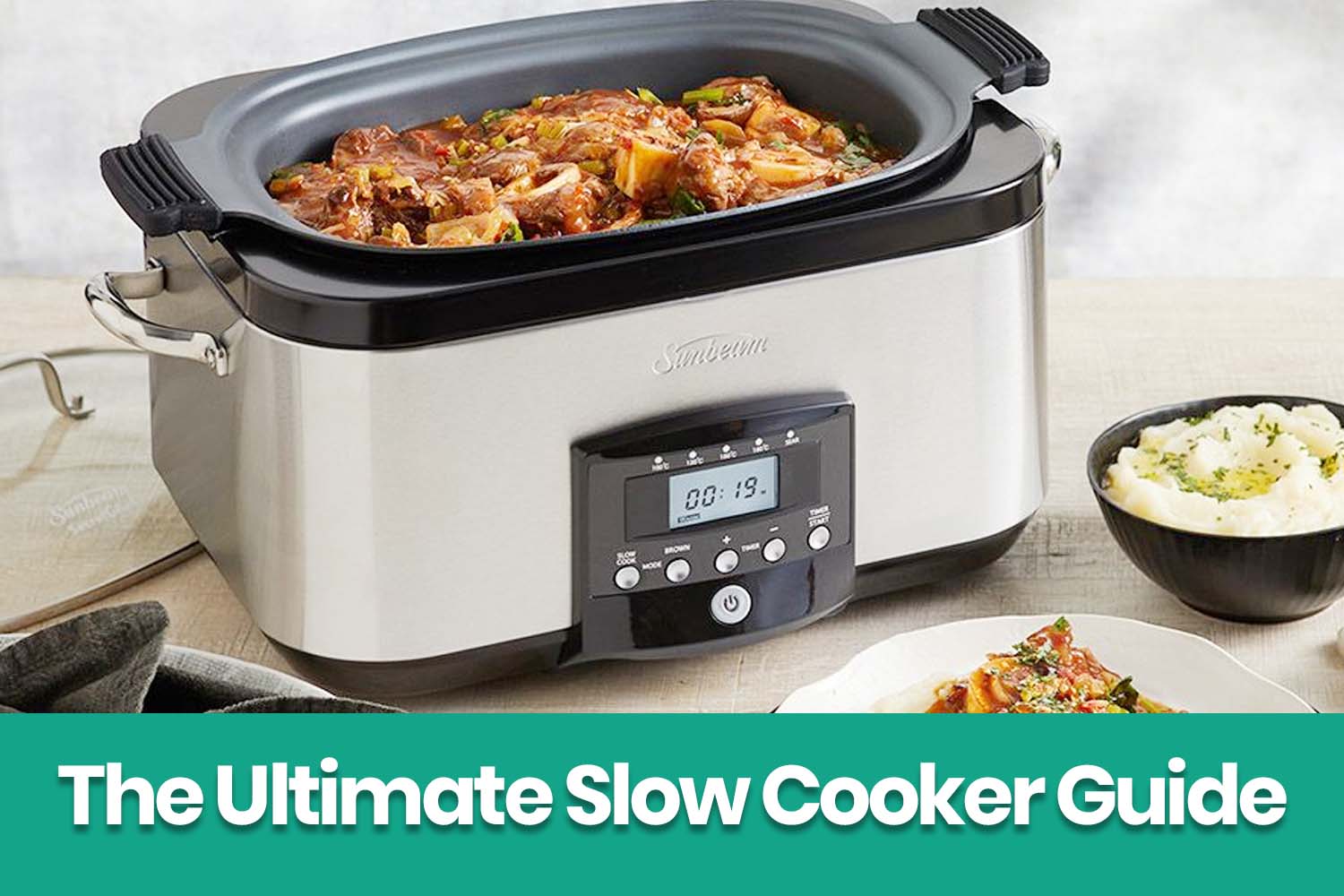 A slow cooker or Crock-Pot

A slow cooker is an electrical cooking appliance used to boil or cook at low temperatures over a long period. They are opposite to pressure cookers, known for speedily cooking food. Although cooking food takes a lot of time, it facilitates unattended cooking for many hours. As a result of this low-and-slow method, slow cookers are great for breaking down large pieces of meat, such as pot roasts or beef stews. Slow cookers are also known as crock pots because of their ceramic crock. The time it takes to cook food depends on the type of food you are cooking. It can take an hour or even as long as 10 hours.

In addition, there are also many other benefits of the crock pot, like its ability to cook foods hand evenly free. This lets you do other things around the house. Using it, busy people can prepare flavourful meals easily and quickly.

Why should I use one

Now the question is, why should I use a crock-pot? The answer is straightforward. If you are very busy and have to rush to work early in the morning, this cooker is made for you. If you set it up at night before sleeping, your food will be ready by morning. Slow cookers are also for those people who don’t have time to cook lunch. All you need to do is to toss in the ingredients of your lunch recipe in the crock pot in the morning and set the crock pot in a way that cooks the flavorful meal for you till lunchtime. So the long hours of cooking will make your lunch flavourful and fill it with aroma.

How to use it

It’s pretty simple to use a slow cooker. You need to plug in, add your recipe ingredients, and set the cooker to low or high according to the type of food you are cooking. For example, slow cookers cook dishes for around 1 – 2 hours on high flame and 4 – 6 hours on low flame compared to 15 – 30 minutes in a regular oven. Similarly, a dish that usually takes 30 – 45 minutes to cook will take 2 – 3 hours on high heat and 6 – 8 hours on low heat in a slow cooker.

Dishes you can make

Your slow cooker can also be used for surprising things you might not have thought of. Hash Browns, oatmeal, cinnamon rolls, and even hashbrowns can all be made in a slow cooker. You can also make something sweet in your slow cooker, including cakes, puddings, and candy clusters.

Remember to avoid putting rice, pasta, dairy items, and other delicate vegetables in the slow cooker as they cook quickly and may become mushy.

● It is essential to fill your slow cooker to approximately 3/4 capacity to prevent overcooking.

● Be careful not to peek! Checking on your food while it’s cooking releases heat and can extend its cooking time.

● By cutting the ingredients into similar-sized pieces can help cook items evenly.

● The frozen items should not be cooked in the slow cooker. You first need to thaw meat, poultry, or frozen vegetables, as the cooker takes too long to reach a safe temperature for frozen foods.

● Legumes such as lentils and beans must be boiled for 10 minutes before adding them to your slow cooker because they contain toxins that are not destroyed while cooking at low temperatures.

So this was all the information we have about slow cookers or crock-pot. Hope this will help you find the best slow cooker and will add some flavor to your meals.

In what order do ingredients go in a slow cooker?

Put tougher cuts of meat and heartier vegetables, such as beef and root vegetables, in your slow cooker first. They will be on the bottom and closer to the heat source.

How do I calculate slow cooker time?

Is it better to slow cook on low or high?

It is best to cook on low in a slow cooker to soften the food and allow flavors to develop, especially for a meaty stew or soup. Cooking on high is suitable for lean meats or vegetables.

Can you put raw meat in a slow cooker?

Do slow cookers use a lot of electricity?

According to USwitch, slow cookers are the kitchen’s most energy-efficient appliances. While they take longer to cook a meal, they’re rated at as little as 200 watts – less than a tenth of some electric ovens. An average-sized slow cooker uses just 1.3 kWh per meal cooked.